Graeme Mountford qualified as an Optometrist in 1976 at the University of New South Wales, Sydney; obtaining a B Optom (Hons). He opened an independent practice in the suburb of Balmain, Sydney in 1980 which he owned and ran for over 18 years. In 1998 Graeme moved to the UK with his family, working initially for an independent practice based in Chester. After deciding to settle permanently in the country, Graeme was offered the opportunity to take-over Corsham's only independent opticians in 2000.

Graeme specialises in how vision affects human performance, known as Behavioural Optometry. This encompasses all aspects of the visual system - right down to the most subtle of issues that can have a major impact on efficiency and performance - which cannot always be identified through a basic eye examination. Graeme takes the time to get to know his patients - aware that aspects such as lifestyle, work and disability all play an important role in your visual health.

We do not have any reviews about Mountford Opticians available right now.

This business has no reviews yet. 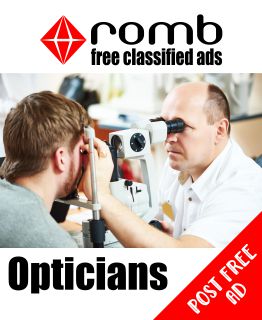